On July 20, IPON has started a petition calling to “Drop all fabricated charges against human rights defender Temogen »Cocoy« Tulawie!”. It was exactly two years ago that Cocoy Tulawie was acquitted of the first charges he was facing. Sadly, there was no reason to commemorate this second anniversary since Cocoy Tulawie is yet again confronted with another fabricated charge placed against him. Therefore, IPON addresses all responsible state authorities to ensure justice for Cocoy Tulawie and to actively take a stand against the criminalization of human rights defenders in the Philippines.

Temogen »Cocoy« Tulawie is a human rights defender in the southern province of Sulu, Mindanao. In his activism, Tulawie promoted peaceful political struggle and human rights and opposed state corruption in a region prone to violent conflict. Cocoy Tulawie’s peaceful struggle led to his incarceration and imprisonment for three and a half years. In 2015 he was acquitted of all charges, but the Philippine justice system left him without any form of compensation or support for his litigation costs and the responsible persons were never held accountable for their illegal actions.

Just recently, he became target of another arbitrary and fabricated charge. After Tulawie had filed a petition at the Office of the President to remove State Prosecutor Annie Marie Pierreangeli P. Ledesma from office on grounds of dishonesty, betrayal of public trust and grave misconduct, Ledesma filed a counter-charge against Tulawie for the kidnapping of the German journalist Andreas Lorenz of the SPIEGEL-magazine by the Abu Sayyaf in 2000. These accusations are absurd and devoid of fact as Cocoy Tulawie was the one who helped facilitating contact with the hostages and verified relevant information. The only reason behind this fabricated accusation is to bring his political activism to an end.

The case of Tulawie exemplarily shows how state and non-state actors use the practice of criminalization to silence HRD in their peaceful struggle for human rights. This is a human rights violation and an obstacle for the development of an active civil society in the Philippines, which is why it must be stopped as soon as possible. 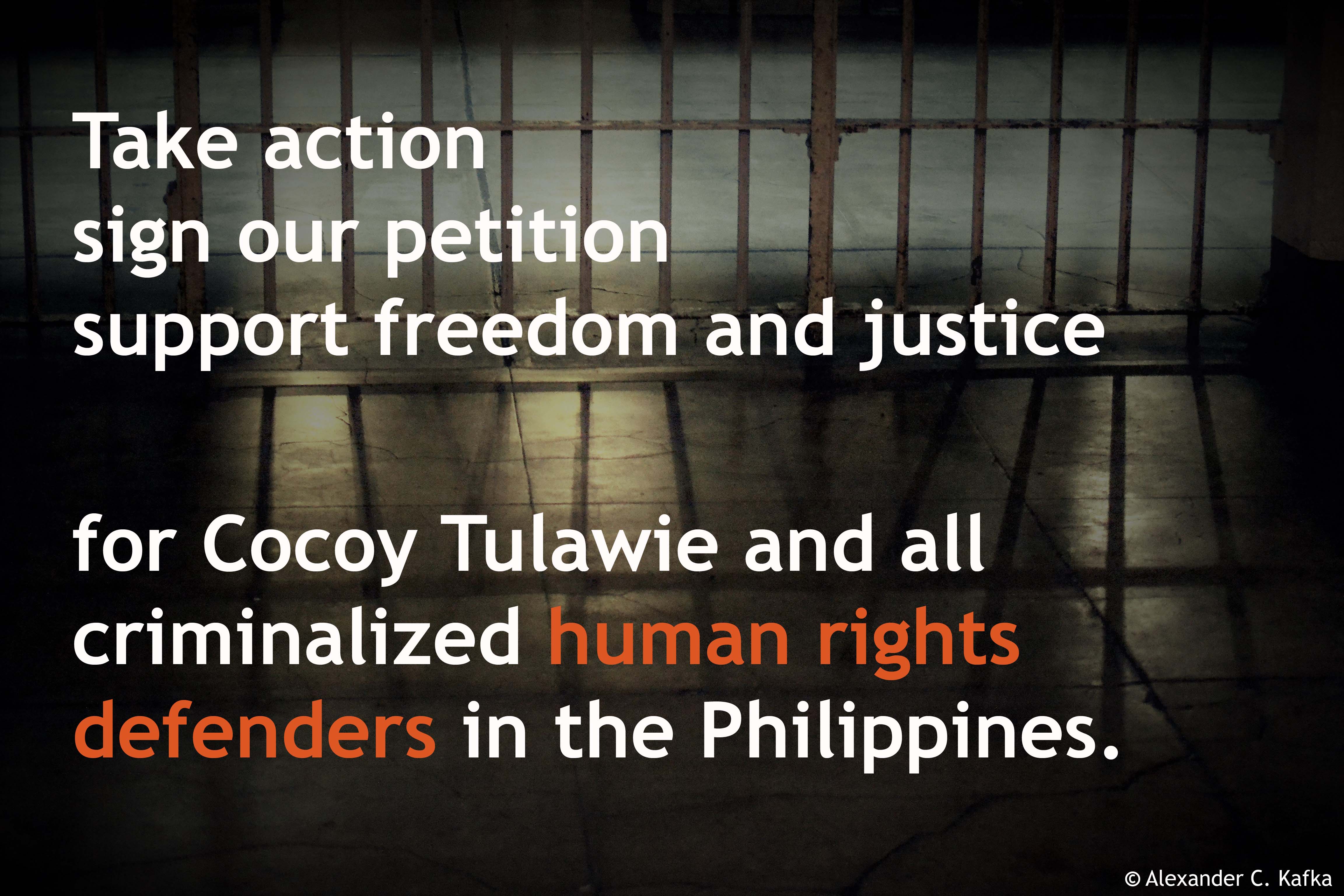